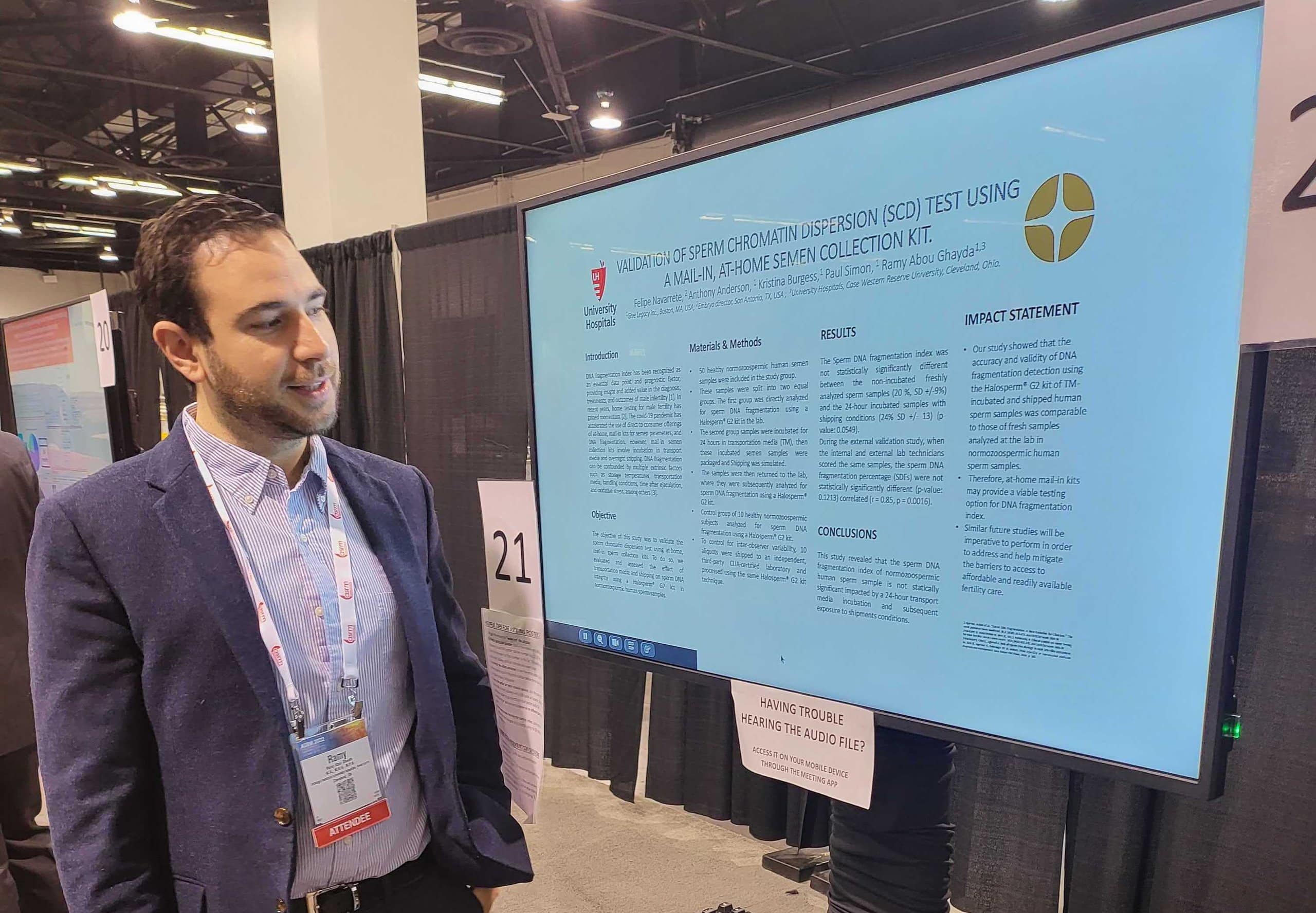 In 2021, Legacy began offering the first and only easy mail-in semen testing kit for sperm DNA fragmentation. We're excited to report that, at the 2022 ASRM Scientific Congress & Expo, we were able to present initial research to clinically validate the accuracy of mail-in testing for sperm DNA integrity.

First — a little background on what sperm DNA fragmentation is, and how testing works.

What is sperm DNA fragmentation?

Sperm DNA fragmentation is the presence of breaks, separation, and other damage in the genetic material carried by sperm.

Sperm's primary role is to carry genetic material — half of the chromosomes of a future child — to the egg. There, it will hopefully combine DNA with that carried in the nucleus of the egg to create a unique genetic code that's informed by both biological parents.

If the DNA inside the head of the sperm is damaged, it may be less likely to fertilize the egg properly, or to create a healthy embryo that can survive and thrive in pregnancy. That's why high levels of sperm DNA fragmentation are associated with infertility, IVF failure, and miscarriage. Increased DNA fragmentation in paternal sperm is also associated with increased instances of illness, such as certain types of cancer, in their children.

How is sperm DNA fragmentation tested?

DFI isn't tested as part of a routine semen analysis. It's a specialized test. There are a few methods available to test DNA fragmentation in sperm, but one of the most common and reliable is known as sperm chromatin dispersion (SCD). SCD uses a chemical solution to break down or "denature" sperm proteins. Then, sperm are examined under a high-powered microscope to identify the “halos” formed by loops of intact DNA. Sperm with damage will not produce a halo.

Legacy's labs use the well-established sperm chromatin dispersion method. Specifically, we use a technique and set of equipment known as "Halosperm SCD."

But our test is a bit different than most. Legacy offers a mail-in sperm testing kit with at-home semen sample collection, to make producing your sample and testing your fertility as easy, comfortable, and accessible as possible. Our analysis kits include a solution called "transport media" that preserves sperm during overnight shipping. Past research shows us that this is a valid and accurate way to perform a semen analysis.

Our latest research, presented as a poster during the 2022 ASRM Scientific Congress & Expo, compared the results of sperm DNA fragmentation analysis done immediately, to the results of the same analysis performed after 24 in transport media. Our lab and clinical team performed this comparison on 50 semen samples, split evenly into 2 groups. We also sent 10 semen samples to a third-party lab for external validation, to ensure that no matter who is doing the analysis, the results are the same.

What does this mean?

Our study showed that the accuracy and validity of Halosperm DNA fragmentation analysis on shipped sperm samples was comparable to that of "fresh" samples analyzed immediately after production.

Similar future studies will be important to confirm our findings, and to continue to address and help mitigate barriers to accessing affordable and readily available fertility care.