Male fertility is changing. We’re here to make sure that fatherhood isn’t.

Not just as experts in male fertility. As fathers, too. And aspiring parents. And people who understand how much that decision matters.

We ensure your legacy. You define it.

Together with today’s leaders in fertility.

We’d like you to meet our advisors—a group of international fertility and healthcare experts as passionate about fatherhood as we are.

Aaliya Yaqub MD, is a board certified internist and adjunct clinical instructor at the Stanford School of Medicine. She is the medical founder of Simple HealthKit and Forward and an active strategic advisor to many healthcare and wellness startups. She is passionate about using technology to solve pain points in healthcare. 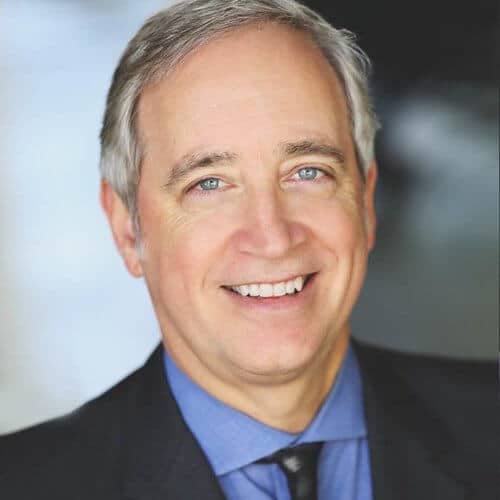 Paul Turek, MD is an internationally renowned expert in men’s sexual health and reproductive urology. Dr. Turek is fellowship trained and board certified by the American Board of Urology. He has received countless honors and awards for his work with male infertility and has provided valuable research to the men’s sexual health community. 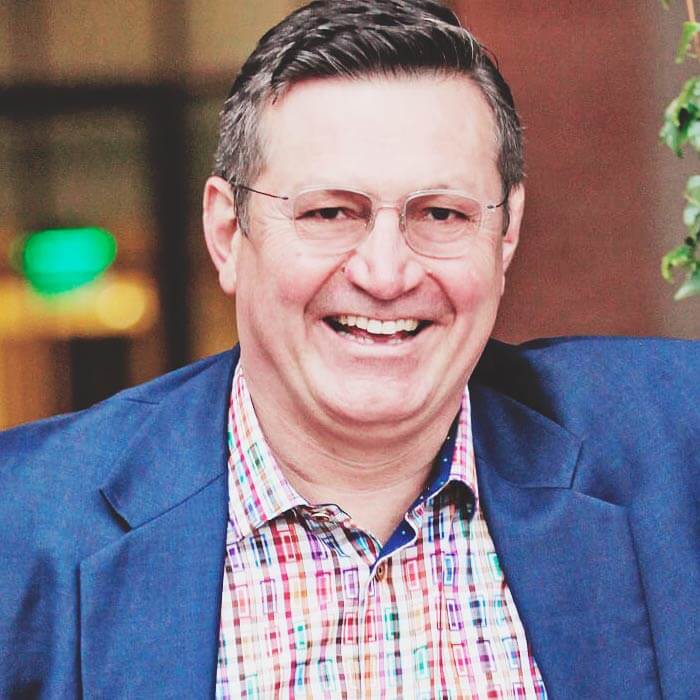 Dr. Francisco Arredondo is a respected and experienced clinician with over 20 years of experience in fertility care. Dr. Arredondo attended Medical School at Monterrey Institute of Technology and Higher Studies, where he graduated first in his class and earned the distinction as the Best Medical Student in the Nation.

He completed his Residency at the University of Texas Health Science Center in San Antonio and his Fellowship at the University of Pennsylvania. Dr. Arredondo is Board Certified in both Reproductive Endocrinology and Obstetrics and Gynecology. After his clinical training, he obtained a Masters in Healthcare Management at Harvard University, giving him an important new perspective on effective health care delivery. 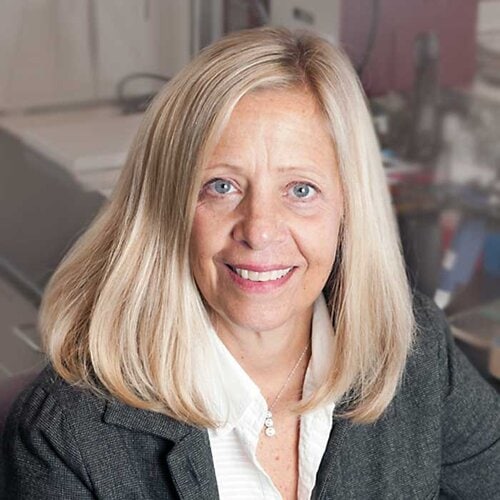 Gail S. Prins, PhD, is the Michael Reese Endowed Professor in the Departments of Urology, Physiology and Biophysics, and Pathology at University of Illinois at Chicago. She is a full member of the UIC Cancer Center where she serves as the Co-Director of the Prostate Cancer Research Program.

Dr. Prins serves as the president of the Society for Basic Urologic Research and an editor for Endocrinology. She recently received the Distinguished Andrologist Award from the American Society of Andrology. She is an internationally-acclaimed researcher, speaking regularly at scientific meetings around the world. Dr. Prins has authored more than 170 peer-reviewed manuscripts as well as book chapters and position papers.

Dr. Prins received her doctorate in physiology and biophysics from the UIC Medical Center and her undergraduate degree at Trinity Christian College. Dr. Prins is also the Director of the UIC Andrology Laboratory, which diagnoses and treats infertile couples and provides sperm-banking services to patients nationwide. 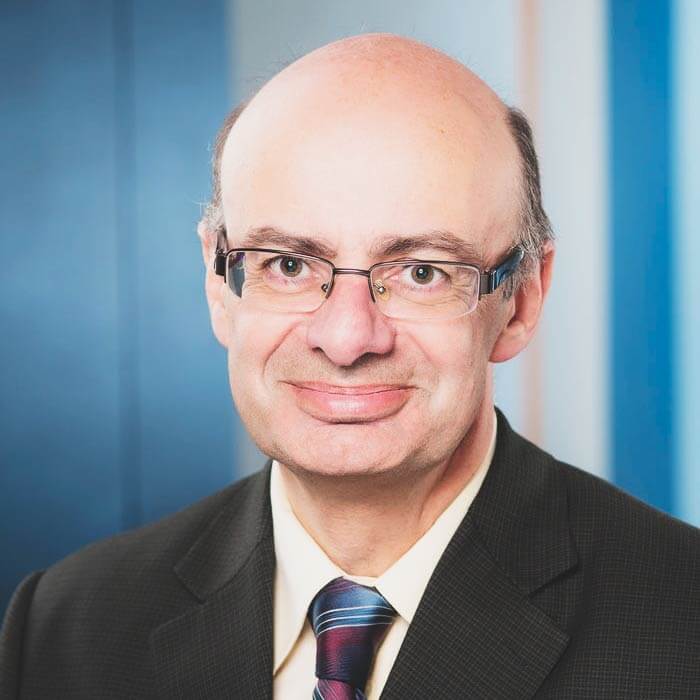 Dr. Denny Sakkas is the Scientific Director at Boston IVF. He received his undergraduate training at the University of Melbourne, Australia and received his Doctorate of Philosophy at Monash University, Melbourne, Australia. His Ph.D. was performed at one of the leading Reproductive Research Units in the world, which was responsible for many of the innovations used in routine IVF today including, hormonal stimulation, embryo freezing, and micromanipulation.

He has previously held positions as Chief Scientific Officer at Molecular Biometrics Inc. and was an Associate Professor at the Department of Obstetrics, Gynecology and Reproductive Sciences at the Yale University School of Medicine, where he headed a successful Gamete Biology Research Team and served as the Director of Assisted Reproductive Treatment Laboratories of the Yale Fertility Center. 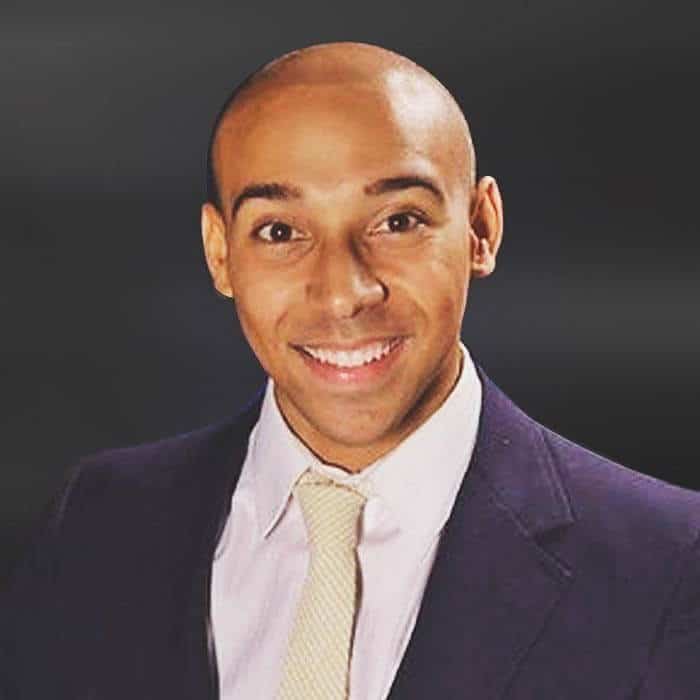 Dr. Martin is a Resident Physician at Massachusetts General Hospital and Brigham and Women’s Hospital, where he is an emergency physician. He previously graduated with a dual degree from Harvard Medical School and Harvard Kennedy School.

Dr. Martin is the co-founder of Symbiosis A.I., a proprietary platform that leverages the power of machine learning and natural language processing to help providers optimize and automate their clinical documentation. He has received a number of awards for his studies and work including a full scholarship to study at the Harvard Kennedy School as a Dublin Fellow at the Center for Public Leadership. 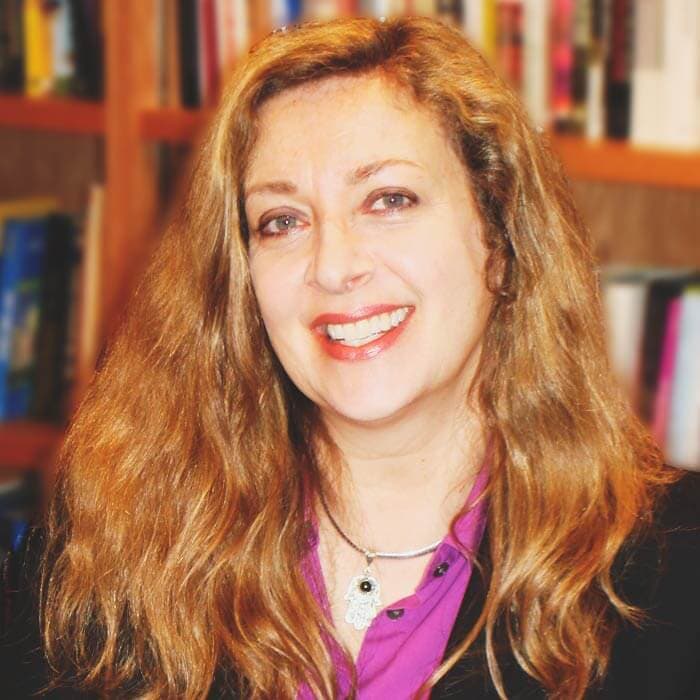 Marcia C. Inhorn, Ph.D., MPH, is the William K. Lanman, Jr. Professor of Anthropology and International Affairs in the Department of Anthropology and The Whitney and Betty MacMillan Center for International and Area Studies at Yale University. A specialist on Middle Eastern gender, religion, and health, Inhorn has conducted research on the social impact of infertility and assisted reproductive technologies in Egypt, Lebanon, the United Arab Emirates, and Arab America over the past 30 years.

She is the author of six books on the subject, as well as ten edited volumes. Inhorn is the founding editor of the Journal of Middle East Women’s Studies (JMEWS), and co-editor of the Berghahn Books series on “Fertility, Reproduction, and Sexuality.” 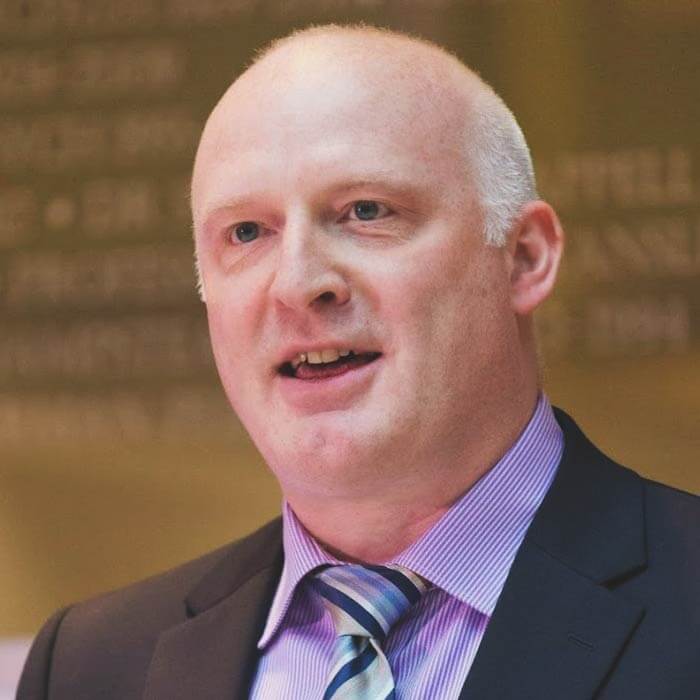 Dr. Pacey was awarded his Ph.D. in 1991 from the University of St. Andrews after which he undertook a one-year Research Fellowship funded by the Royal Society at the Station Zoologique, Villefranche-sur-Mer, France. He joined the University of Sheffield in 1992, first as a Postdoctoral Research Assistant and then as a lecturer in 1997. In 2001 was appointed as Senior Lecturer in Andrology and 2015 Professor of Andrology.

In addition to his academic duties, Dr. Pacey is also the Head of Andrology for Sheffield Teaching Hospitals, where he directs a busy clinical andrology laboratory and is in charge of the sperm banking service. 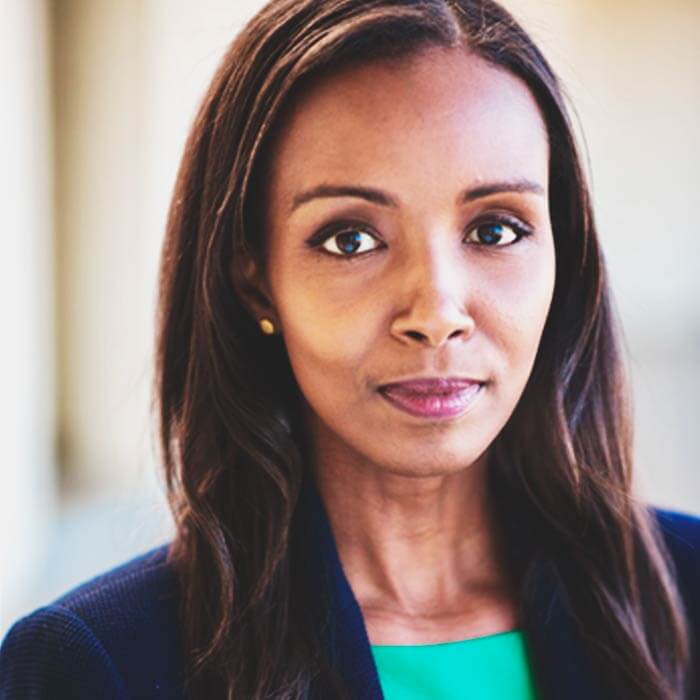 Nima is a public international law and policy development expert focused on international relations from peacebuilding initiatives to the governance of emerging technologies. She has previously worked in investment banking, at the United Nations, for international law firms in London and the Middle East, and as an adviser and strategist to senior officials in Government in East Africa and at the African Union. Nima has been recognized for her achievements by the UK Powerlist as a Rising Star in 2012 and selected to join the Forum of Young Global Leaders by the World Economic Forum in 2016. 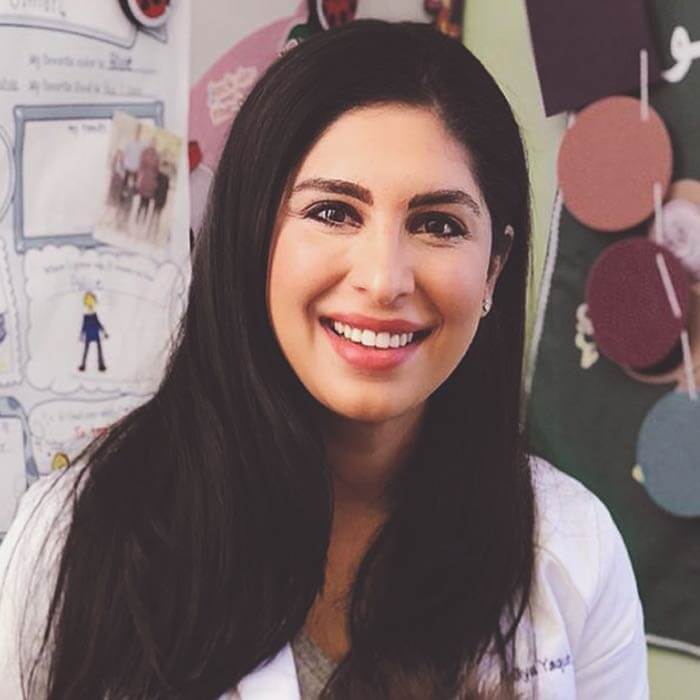 Aaliya Yaqub MD, is a board certified internist and adjunct clinical instructor at the Stanford School of Medicine. She is the medical founder of Simple HealthKit and Forward and an active strategic advisor to many healthcare and wellness startups. She is passionate about using technology to solve pain points in healthcare.

We are all
someone’s legacy.

We’re a Harvard-backed group of men and women who understand fatherhood—and how much it matters.

The Legacy team brings international experience in male fertility, healthcare policy, and business with a world-class advisory board. 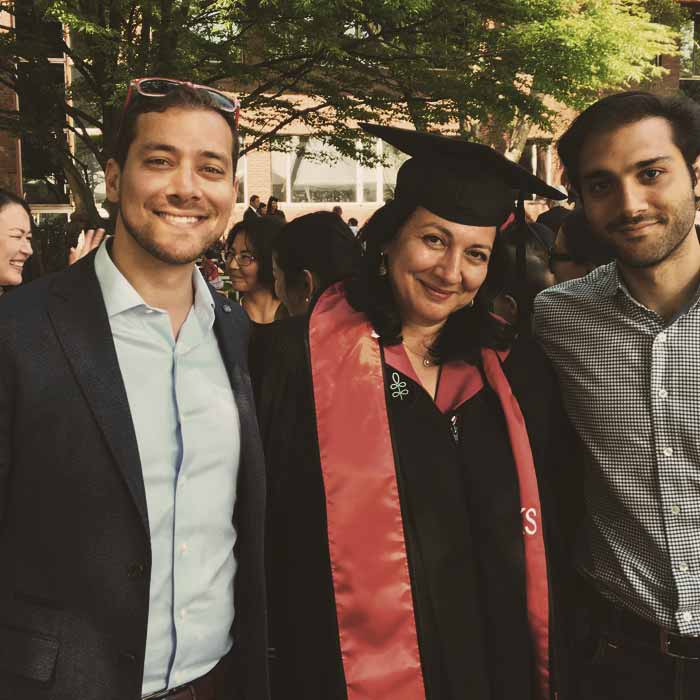 Khaled Kteily is a former healthcare consultant at Oliver Wyman in Toronto and studied healthcare and public policy at Harvard University, where he received a full scholarship and graduated with distinction. Khaled has previously worked at the World Economic Forum in Geneva, where he had his work on the future of entrepreneurship published at Davos.

Khaled is a member of the American Society for Reproductive Medicine and the Canadian Fertility & Andrology Society. 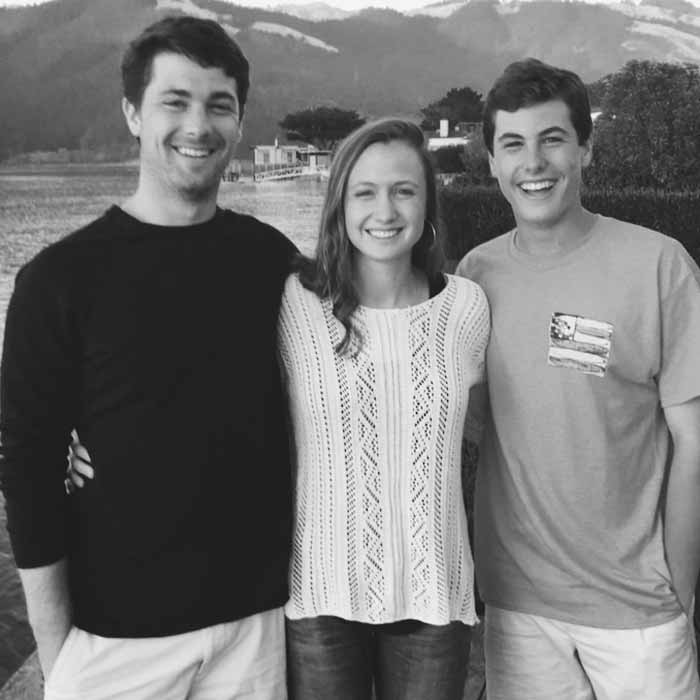 Sarah Steinle previously worked at Extend Fertility, a New York-based clinic that specializes in egg freezing. Sarah operated as a consultant for women who were considering fertility preservation and oversaw the intricacies of the patient experience. Before her work in healthcare, Sarah spent four years in sales at a FinTech startup, also in New York.

Sarah graduated from Middlebury College with a degree in Psychology and has earned her health coaching certification from the Institute for Integrative Nutrition. 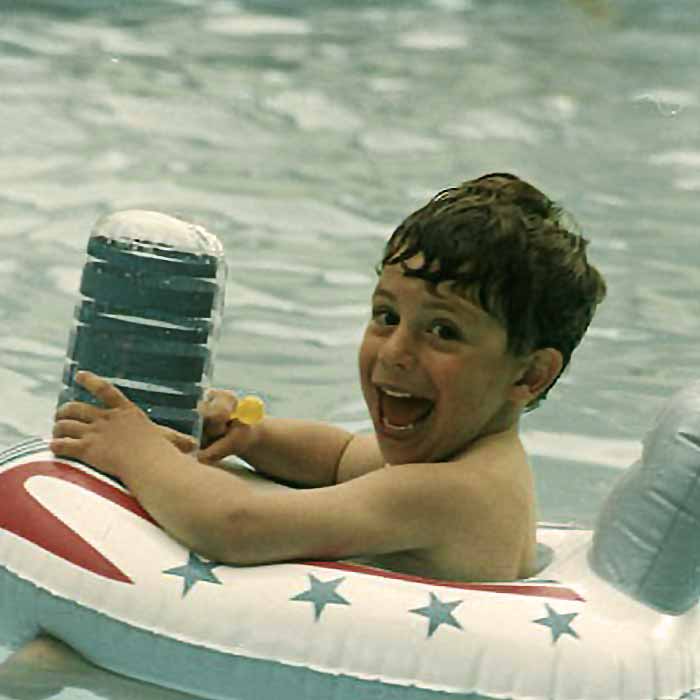 Daniel previously founded his own company focused on personalized medicine, high-quality genetic testing and evidence-based treatment. He has spent several years since working with companies based out of Harvard & MIT. 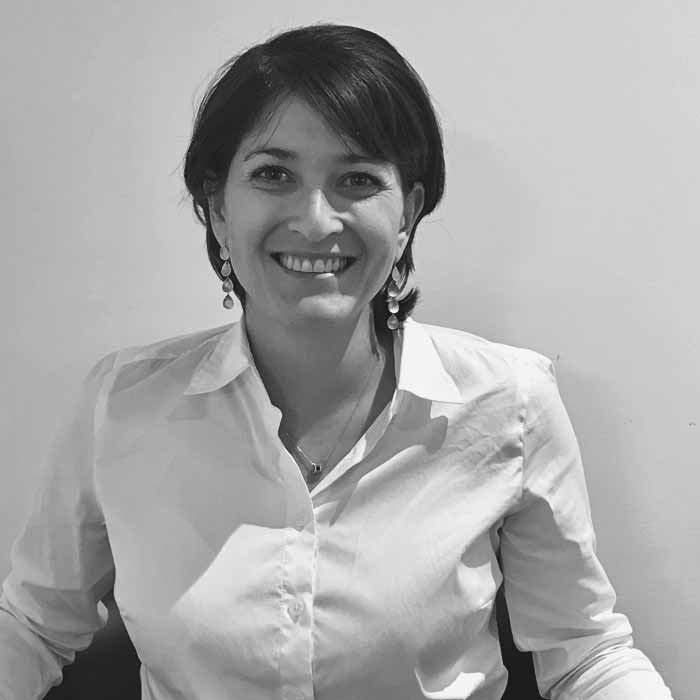 Mariel Arvizu, M.D., Ph.D. is a Research Fellow at Harvard T.H. Chan School of Public Health in Boston, where she previously graduated with a degree in Epidemiology.

Dr. Arvizu’s research has focused on lifestyle determinants of semen quality parameters in men attending fertility clinic at the Massachusetts General Hospital, that have been featured in many biomedical journals, news outlets, and presented at the American Society for Reproductive Medicine annual meetings. She has received a number of awards including the John Garrow Nutrition Award for young professionals, the American Heart Association Fellowship Travel Award, and a full scholarship for her doctoral studies at Harvard University.

Meryl Haddad holds a Master’s in Public Policy from the National University of Singapore and a BA from the American University of Beirut. She has extensive experience working as a policy researcher and consultant in the UAE and Lebanon and has previously worked as a journalist and copywriter for various publications in the Middle East.

In her current role at Legacy, Meryl provides strategic content across social platforms 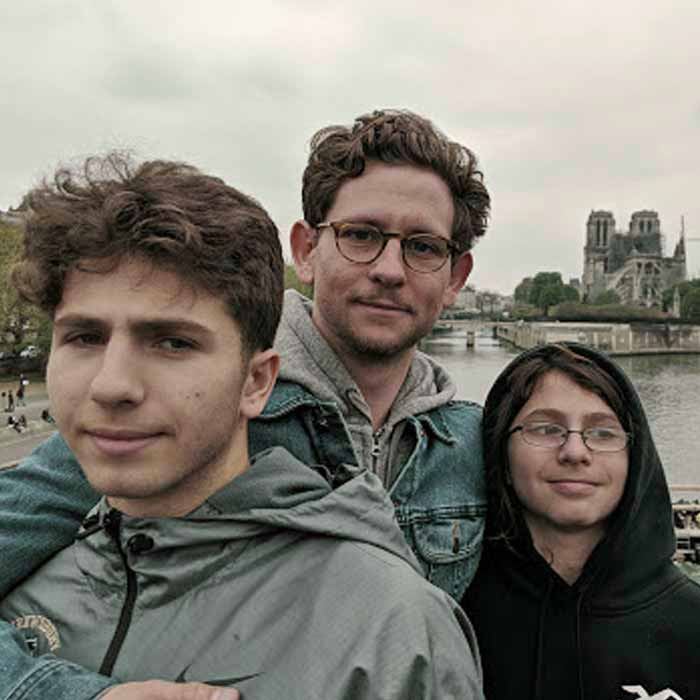 Dave Lastovskiy is a growth leader who is passionate about blending the art and science of brand, acquisition, and analytics. For the better part of the last decade he has worked at high-growth startups ranging from transportation to fintech. Previously, he’s scaled company revenue through $10M ARR, led major rebrands, and grown marketing teams from 1 to 10.

Lastovskiy holds a Bachelors of Commerce in Marketing from the John Molson School of Business at Concordia University. 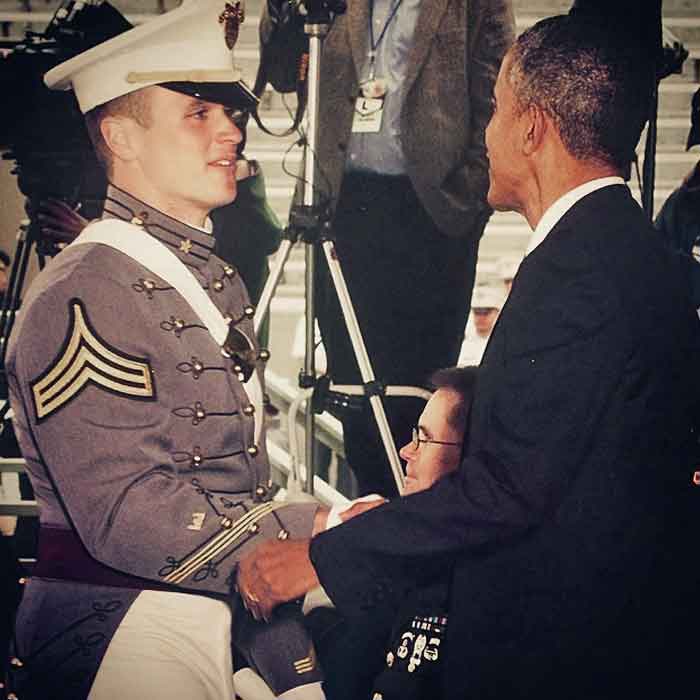 Military Affairs
John Crowley is pursuing a joint MBA/MPP at Harvard Business School and Harvard Kennedy School where he is a Harvard Presidential Scholar, LunaCap Foundation Scholar, and Rubenstein Fellow at the Center for Public Leadership.
John’s work with Legacy includes business development, growth strategy, and marketing for active military and veteran clients. He holds of Bachelor of Science in Systems Engineering from the United States Military Academy and is a US Army veteran of the Global War on Terror. 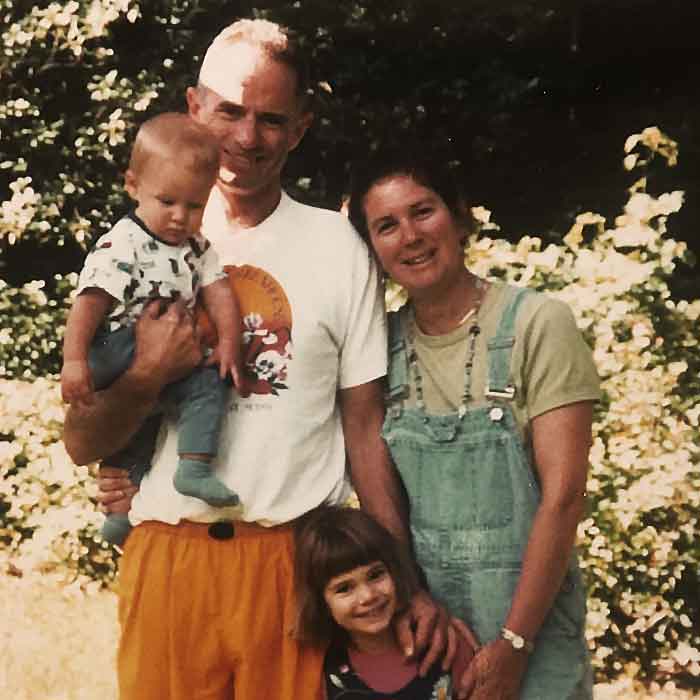 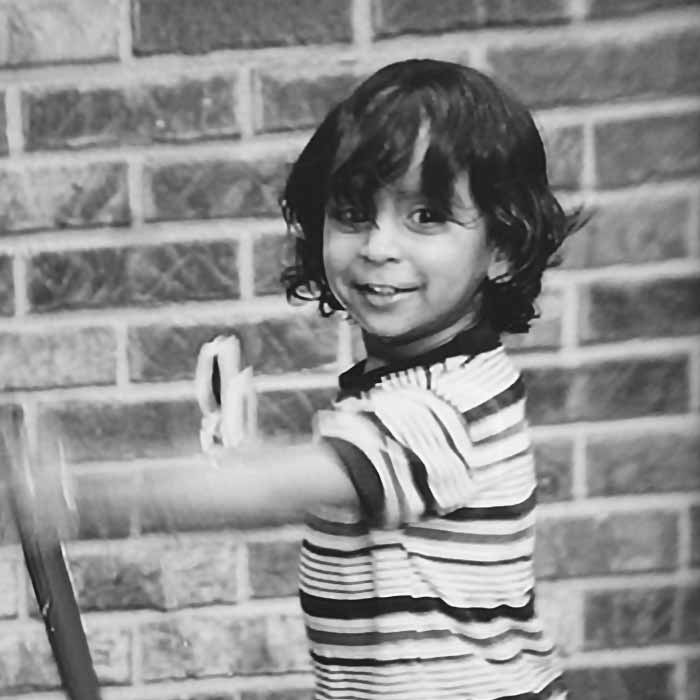 Vrushab Gowda is pursuing a joint JD/MD program at Harvard Law School and UNC School of Medicine. He merges in-depth knowledge of the regulatory space with an international perspective on health policy, honed at the Parliament of the United Kingdom, a Massachusetts General Hospital-affiliated think tank and independent field studies in the Netherlands.

Our team brings international experience in male fertility, healthcare policy, and business with a world-class advisory board.