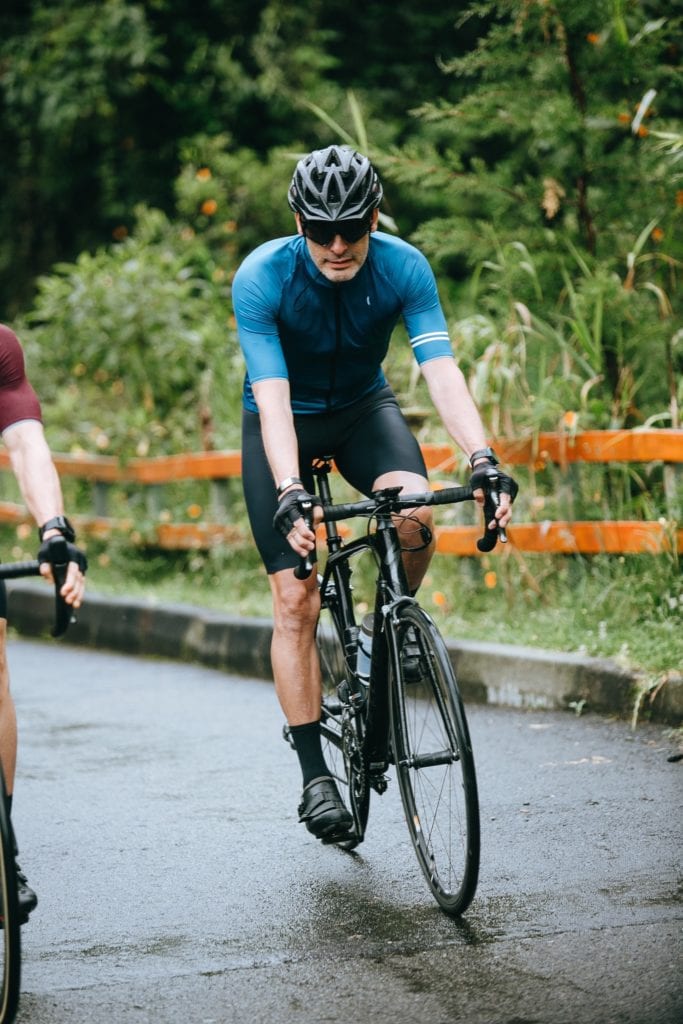 Exercise is important for your overall health, but not all exercise is equal when it comes to fertility. You may have heard that cycling can affect your sperm count or even kill sperm. We’ll explore the links between cycling and male fertility, and the amount of bike riding that’s safe for your sperm.

Many studies agree that cycling appears to impact sperm, including sperm count, motility, and normal shape.

According to a study of over 2,000 men, most forms of regular, moderate exercise did not negatively affect semen parameters. However, bicycling for 5 or more hours per week was linked to low sperm concentration and low sperm motility.

In a group of healthy men ages 18 to 40 who had worked as bicycle taxi cyclists for over two years, one study found reduced semen parameters compared to the control group. The decrease applied to all the parameters measured, including semen volume, sperm concentration, motility, and the percent of normal sperm morphology. Men who had worked as cyclists longer had worse semen quality.

In another study, 24 healthy recreational cyclists participated in low-to-intensive cycling training for four months. By the end of the study, semen volume along with sperm motility, morphology, concentration, and overall number were all lower. Sperm morphology and sperm count remained low following a 30-day recovery period, although the other factors improved.

One study of professional triathletes found that those who cycled the longest distances each week had the smallest percentage of normal sperm. But you don’t need to be a professional biker for this activity to impact your fertility — even bicycling for as little as 1.5 hours per week has been linked to 34% lower sperm concentrations compared to men who didn’t bicycle at all, according to research.

Bottom line: Many studies agree that any regular bicycling may impact sperm health and male fertility, and the impact is more pronounced for those who bike more often or over longer periods of time.

How does biking affect sperm?

Riding a bike may impact your sperm count in several ways, such as through increased heat and impact to your testicles. It can also affect your fertility by causing erectile dysfunction.

Sperm production is sensitive to heat. The ideal temperature for spermatogenesis is about 5ºF cooler than body temperature. Research indicates that increased heat in the scrotum can disrupt sperm production, damage sperm DNA, and cause sperm cell death, though these effects appear to be reversible.

There may be a link between cycling and higher testicular temperatures. While one study found that moderate cycling did not produce significant heat around the scrotum in most participants, more research is needed in this area.

Research has also found that men who wore looser boxers had higher sperm counts and concentration than men who wore tight underwear. Although studies show inconsistent results regarding a link between underwear tightness and fertility or semen quality, heat likely plays an important role.

Friction and impact against the bicycle saddle can cause mechanical trauma to the testicles that may impact fertility. One study examined scrotal abnormalities in 85 healthy men who mountain biked for at least two hours per day, six days per week.

It found abnormalities in 94% of the men, with 81% showing scrotal calculi (hard, moveable deposits in the lining around the testicles), 32% showing testicular calcifications (which may be associated with infertility), and 11% showing varicoceles (enlarged veins in the scrotum, a common cause of reduced sperm production and infertility). In the control group of non-bikers, testicular abnormalities were found in only 16% of subjects.

Compression of the testes while cycling may reduce blood flow, potentially harming sperm. Besides this possible effect on sperm, this compression may also impact sexual function (which has an indirect effect on fertility).

Research indicates that nerve entrapment syndromes are present in 50–91% of bicyclists, who may experience it as numbness of their genitals. One common type, pudendal nerve entrapment, can be caused by pressure or compression to the perineum (the region between the scrotum and anus) from sitting on a bicycle seat. Sometimes called “cyclist syndrome,” it may result in erectile dysfunction and pain during sexual intercourse.

A 2014 study found that cycling for more than 3.75 hours per week raised the risk of prostate cancer in men older than 50. Because the prostate is involved in producing semen and sperm, an unhealthy prostate may contribute to male fertility issues. Still, other research found no association between cycling and prostate cancer, and more studies should be done.

It’s important to note that sperm count, concentration, and motility are not the only factors involved in fertility. Even though cycling appears to affect sperm, that may not translate to significantly impacting your fertility. Study results are still mixed, with some research finding no link between cycling time and infertility.

Getting regular, moderate exercise is important to your overall health, and research indicates that it’s likely to benefit your sperm and improve your fertility as well.

A small 2017 study found that compared to a sedentary group of men, healthy men who were physically active had improved semen parameters, including:

A 2016 review found that recreational exercise generally had positive or neutral effects on semen quality. (The review noted that men should still be careful of tight clothing and activities like cycling or running that may heat the scrotum.)

Physical activity may even help treat infertility. One study of 433 men found that running on a treadmill three times per week was associated with improved semen parameters, pregnancy rate, and sperm DNA integrity. Other research has suggested that exercise helps counteract testis dysfunction — sometimes caused by obesity, aging, and chemotherapy — by reducing oxidative stress and inflammation.

In fact, exercise may increase fertility in both partners, which could be helpful if you’re trying to conceive. A meta-analysis from 2019 found higher pregnancy and live birth rates in groups of women who exercised. Another research review also found that exercising vigorously for a half hour to an hour each day was linked to a lower risk of infertility from anovulation.

Overall, more research needs to be done on the most effective types, frequency, intensity, and duration of exercise to best support and improve sperm counts and fertility.

Is there an amount of biking that’s safe for sperm health?

It’s difficult to pinpoint exactly what the safe “limit” of biking time is for your sperm health. Studies have linked various durations of cycling to an impact on sperm, from times as low as 1.5 hours per week to as high as 5 or more hours per week.

It’s unlikely that the occasional bike ride is going to make you infertile. The exercise benefits from cycling recreationally for short distances may outweigh the impact of cycling on sperm. However, more research needs to be done on biking and sperm count to determine the amount that minimally affects sperm or fertility.

If you’ve done fertility testing and received abnormal or borderline results, or are generally concerned about your fertility, it may be better to limit your cycling and focus on other physical activities.

How can I make biking safer for my testes and my sperm?

There are a few steps you can take that may help protect your sperm when you ride a bike.

First, it may help to take a rest period after cycling. One study found that 30 days of recovery after cycling training improved semen volume, sperm motility, and sperm concentration.

Changing your seat type may also be beneficial for fertility. Research indicates that using a no-nose bicycle saddle may lower perineal pressure and improve erectile function. Standing up on the pedals at intervals may help as well.

If you cycle frequently and are trying to conceive, consider getting an at-home sperm analysis to understand your fertility and how you can improve it.