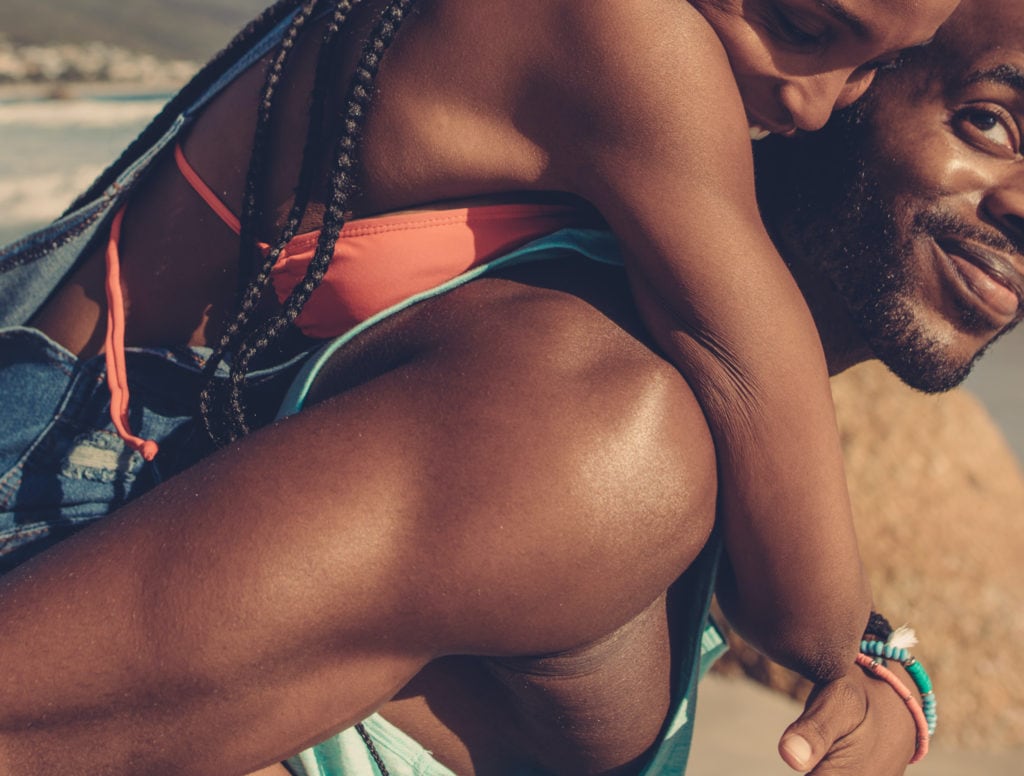 According to the CDC, racial and ethnic minority groups in the United States experience higher rates of illness, across a wide range of health conditions, compared to their white counterparts. This includes infertility. From higher rates of miscarriage to a higher risk of abnormal sperm parameters, there are a number of racial disparities that exist in fertility, and research suggests that they often persist throughout one's reproductive lifetime.

Read on to explore theories on why racial disparities are prevalent in fertility health, and what you can do if you’re a person of color who is struggling to conceive.

Racial differences in fertility and pregnancy

From higher rates of infertility to a lack of access to medical treatment, there are a number of ways that people of color experience fertility issues differently.

Here is what the research says:

Male fertility and sperm parameters among people of color

Male infertility appears to be more prevalent in BIPOC communities, though research is still limited. Much of what is known about infertility in the US is characterized by the experiences of white Americans, and the reproductive health of Black men has largely focused on sexually transmitted infection risks, instead of fertility.

A 2020 study found there were “slightly higher percentages of non-Hispanic Black men reporting infertility compared to men of other racial groups.” However, researchers also note that Black men are reluctant to seek treatment for infertility because it can be seen as a discredit to their masculinity; some men in the study reported they were fearful of “feeling less like a man” if they had a fertility complication.

A 2022 study in the The Journal of Urology found no evidence of an association between race/ethnicity and abnormal semen parameters after controlling for BMI, insurance status, and neighborhood income. This indicates that it’s possible the differences between races are based on socioeconomic factors and other confounding health factors, as opposed to some inherent biological difference.

Rates of infertility among people of color

Though 1 in 5 women in the US struggle with infertility, data from numerous studies show that women of color, especially Black women, are disproportionately affected.

According to a 2008 study, Black women had almost twice the odds of infertility compared to white women. Contributing factors include a higher prevalence of ovulatory dysfunction, uterine fibroids, and tubal disease (often related to sexually transmitted infections).

In a 2015 study that found married Black women were more likely to report infertility compared with married white women, Black women reported uterine fibroids more frequently (30% vs. 9%), in addition to a higher incidence of STIs (25% vs. 5%). Black women waited, on average, twice as long before seeking help compared with white women.

Most research around fertility is, unfortunately, focused on cis women. However, it’s important to remember that fertility is not a female issue — male-factor infertility contributes to about 50% of cases.

Rates of miscarriage and stillbirth among people of color

A 2010 study shows that compared to non-Hispanic women, Latinas have been shown to have multiple risk factors for perinatal loss — which includes miscarriage, stillbirth, and early infant mortality — including a higher teen birth ratio and twice the likelihood of receiving late care or no care at all.

Pregnancy loss has many contributing factors. One possible factor is paternal sperm quality, which has been associated with miscarriage rates. Sperm DNA fragmentation, damage to the genetic material carried by sperm, has specifically been correlated to pregnancy loss. It’s plausible that the higher likelihood of abnormal semen parameters among non-white men contributes to the increased risk of pregnancy loss and complications.

Infant and maternal mortality rates among people of color

Preterm birth, which is more common among Black women, appears to be the most common factor for the disparity in infant mortality rate between Black and white women according to a 2016 study. A higher lifetime exposure to chronic stress may also play a role.

While access to and affordability of pre- and antenatal care is part of the issue, it’s unfortunately also likely that systemic bias in the healthcare system leads to Black women and other women of color being monitored less carefully, and dismissed more quickly when they report symptoms, compared to white women.

Research shows that, not only do people of color experience infertility more frequently than Caucasians, they are also significantly less likely to receive treatment for infertility.

One reason for this may be reduced access to comprehensive health insurance, which deters patients from receiving even basic health care, let alone infertility care. Infertility treatment, especially more complex treatments such as in vitro fertilization, are notoriously expensive. With lower median household incomes than white and Asian couples, Hispanic and Black couples may be less able to afford out-of-pocket care for infertility.

Even when referred for fertility care, many BIPOC individuals have difficulty finding care that feels appropriate for them. Research from 2021 shows that nearly half of Black women reported that their physician does not understand their cultural background. In another example, Latina women receiving care in a fertility clinic reported communication and challenges with providers, and were more likely to perceive their providers as uncaring.

What causes the racial disparities in fertility?

As stated earlier, BIPOC are more likely than white people to experience many health problems, some of which may be correlated to lower fertility.

BIPOC communities report more chronic stress than Caucasians, which has been shown to flood the body with cortisol and negatively impact fertility. Chronic stress is also a contributing factor to the higher rates of hypertension, diabetes, and obesity that exist in Black communities.

All of these factors “trickle down” to affect overall health, including fertility.

Racism and distrust in the healthcare system

Since age is closely correlated to the likelihood of success with fertility treatments, it’s possible that waiting longer could have a negative effect on whether or not these couples end up getting pregnant.

The issue is complex and multifaceted. Racist myths about the “exceptional” fertility of Black people, for example — common even among medical professionals and Black women themselves — might contribute to the idea that Black women don’t “need” infertility treatment, when, in fact, they are actually nearly twice as likely to experience infertility.

And there has, unfortunately, been a long history of unjust treatment for BIPOC patients, which has fostered a distrust in the US healthcare system. One example is the Tuskegee Syphilis study, in which Black men infected with syphilis were intentionally deprived of the necessary treatment to cure them and observed for nearly 40 years as part of an “experiment” without their informed consent.

Finally, a lack of diversity among physicians may also contribute to racial disparities in fertility care, and to people of color feeling less comfortable accessing care. Not only do diverse physicians help patients feel more understood culturally and linguistically, but OB/GYNs from underrepresented minorities are also more likely than whites or Asians to practice in federally funded underserved areas or where poverty levels are high.

The good news is that research from 2016 found that, compared with other specialities, OB/GYNs had the highest proportion of underrepresented minorities (combined, 18.4%), especially among Black (11.1%) and Hispanic (6.7%) physicians.

But unfortunately, another 2016 survey found that only 3% of fertility specialists, known as reproductive endocrinologists, were Black, 6% were Hispanic, and 9.3% were Asian or Pacific Islander. Less than 1% of survey respondents were Native American.

Resources & support for people of color dealing with infertility

Raising awareness and working to correct systemic healthcare issues in BIPOC communities is long overdue, but there are resources available to help people of color dealing with infertility. The National Infertility Association has compiled a list of support groups for BIPOC facing infertility as well as those dealing with pregnancy loss, infant loss and more.

As you can see, support for men of color who are experiencing infertility is still very scarce.

Finding a healthcare provider you trust is paramount. You can work with them to understand the roots of your infertility issues as well as the wide array of fertility treatments that are available. Don’t be afraid to ask too many questions and seek mental health care if you feel you are at risk for depression, anxiety, or another mood disorder.

If you’re having difficulty conceiving, consider checking your sperm health with an at-home semen analysis kit and explore lifestyle adjustments you can make today to improve your sperm, from taking fertility supplements to tweaking your diet and exercise routine.