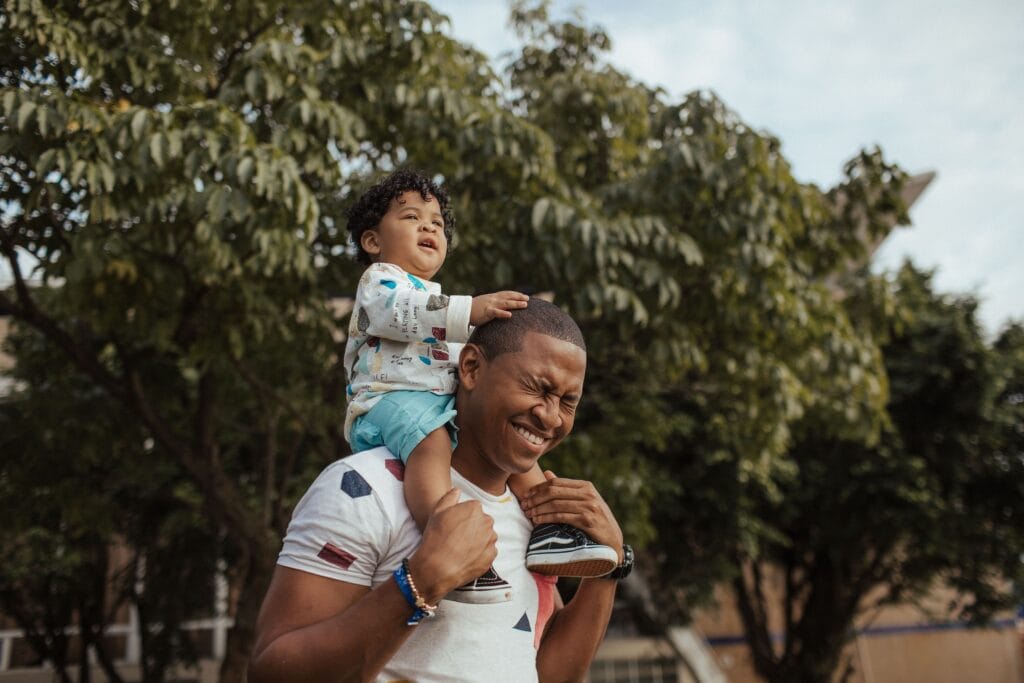 The truth about Black fatherhood

The stereotype of Black fathers as “absent” and Black children as “fatherless”—first introduced over 50 years ago—has, like many racial stereotypes, refused to die.

In 1965, white sociologist and Assistant Secretary of Labor Daniel Patrick Moynihan published a report called The Negro Family: The Case For National Action. This report claimed that increasing rates of “out-of-wedlock” births and single-mother homes among African-Americans signaled the coming destruction of Black families, and these trends were to blame for many of the issues facing the Black community in America. (The report has been roundly criticized by many race scholars.)

Today, around 70% of Black children are born to parents who aren’t married. (Rates of “out-of-wedlock” births have, of course, increased among all races since 1965.) The idea that racial disparities in education, employment, income, incarceration, and more can be blamed not on structural racism, but on this “absence” of black fathers has been parroted by pundits and politicians alike.

Even Black public figures have shared these statistics. In 2008, President Barack Obama said during his Father’s Day speech that “more than half of all black children live in single-parent households… children who grow up without a father are five times more likely to live in poverty and commit crime; nine times more likely to drop out of schools and 20 times more likely to end up in prison. They are more likely to have behavioral problems, or run away from home or become teenage parents themselves. And the foundations of our community are weaker because of it.”

This stereotype ignores clear evidence that Black fathers are in fact more involved in their children’s care, and their lives, than fathers of other races.

We can not equate the number of unmarried dads to the number of “fatherless” children. First of all, marriage rates don’t necessarily reflect the number of Black fathers living with their children; as writer Josh Levs points out, the majority of Black dads (2.5 million of around 4.2 million) do live with their kids, even if they’re not married to their partner.

And second of all, according to a 2013 report by the CDC, Black dads—whether they live with their children, or not—are more actively involved in their children’s lives than their counterparts of other races.

Lest we believe that these statistics are skewed by the fathers’ own self-reporting, other studies based on maternal reports echo these findings. In a 2008 survey of low-income mothers, researchers found that “nonresident white fathers were less involved with their children than African-American and Latino fathers.” In a 2018 study of “nonmarital” births, mothers reported that Black fathers “shared responsibilities more frequently and displayed more effective coparenting than Hispanic and White fathers.”

And, it seems that the parental relationship, the strong focus of Moynihan’s 1965 report, actually has less of an impact on Black fathers’ involvement with their kids than it does on the involvement of other fathers. In a 2009 paper about the child-rearing roles of unmarried men, authors note that “Father involvement also varies by race and ethnicity, with rates for Africans American being higher than the average American father.... Father involvement drops sharply after parents’ relationships end, especially when they enter subsequent relationships and have children with new partners. These declines are less dramatic for African American fathers.”

As journalist German Lopez writes, when it comes to Black fatherhood, “absence is not the norm. Active, involved parenthood is.”

We know that fatherhood is an important goal for the majority of Black men. In a survey of over 1,300 Black men ages 18–29, 83% said that having children is somewhat or very important to them.

Black men aren’t significantly more or less likely to have children than other races; census reports show that about 75% of white men, 80% of Black men, 81% of Asian men, and 83% of Hispanic men ages 40–49 have kids. On average, Black men have or expect to have 2.4 children; that number is 2.5 for Hispanic men, 2.1 for white men, and 2.0 for Asian men, according to a 2010 report. We can conclude that fatherhood is equally important to Black men as to men of other races.

But the journey to fatherhood can be bumpier for Black men. We know that the infertility rate among African Americans is higher than that of other ethnicities. Specifically, semen health parameters are poorer among Black men. According to research, Black men have, on average, significantly lower semen volume, sperm concentration, and total motile sperm counts than white or Hispanic men. For Black men partnered with Black women—who are 2–3 more likely to experience uterine fibroids and overall more likely to report infertility—the issue can be compounded.

Why is this? Most likely, it’s a complicated combination of socioeconomic, genetic, and biological factors.

We also know that the factors that contribute to these illnesses—lifestyle, environment, income, nutrition, activity levels, and more—also contribute to issues of fertility, especially male fertility. A man’s sperm health is strongly influenced by what he eats, how often he exercises, whether or not he smokes, how much he drinks, and the quality of his sleep, among other factors. Additionally, we know that Black men are more likely to be exposed to toxins that impact fertility, such as air pollution and endocrine-disrupting chemicals, in their home and work environments.

But, unfortunately, there’s a lot we don’t know, as well. As one researcher exploring the Black experience of infertility writes, “There is an abundance of research that contributes to the body of knowledge of infertility among white people, but there is very little that examines the experience for African Americans.” Even within the field of fertility and environmental toxin exposure, which we know disproportionately affects Black Americans, research tends to have “greater than 80% White and between 2% and 10% African American participants,” according to researchers.

We know that Black men are active, involved fathers, and that having children is important to them—and we also know that their infertility rates are higher. What we need now, and in the future, is more research into fertility for Black men and Black couples, and to bust the myth of the “absent black father” once and for all.

Read more about the Future of Fatherhood.